The Estate Sale That Time Forgot

Yesterday, I took a long drive through the countryside of Oregon, through insanely twisting roads with unnecessary hairpin curves, past berry farms and orchards.  I saw places such as a stable with a sign featuring a frolicking horse, jumping over some flowers like, "Yay I'm a horse!"  It was awesome.  Also, an alpaca farm. 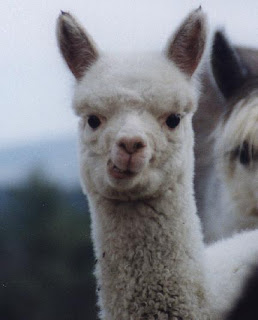 I'd like to think there are better ways to get Timothy's attention.

Anyway, on to the sale.  The first day, I had $40 in my pocket and wasn't expecting much.  The ad had listed some SNES and NES games, as well as an SNES system.  I went in expecting to find a bundled Super Nintendo and some games, likely outside of my price range.  I always try to pick up an SNES bundle where I can, because I can sell the system and any games I already have, keep the new games and make back what I spent.

I wasn't really prepared for what they had.  When I arrived, the games were the first thing I saw, I didn't even make it through the rest of the sale.  The Super Nintendo was priced at $49, individually.  My first reaction was to whine internally about how the SNES and games weren't bundled with a fixed price.  For some reason, something in my brain balked and decided at that moment that this wasn't going to be a worthwhile sale.

This wasn't your average yard sale fare.  This wasn't a bin of loose cartridges with random accessories thrown in.  This was a box - alphabetized and orderly - of boxed and complete games.  Not the kind of smashed up boxes you occasionally come by... many of them were absolutely mint.

My brains poured out of my ears as I started looking through the box.  Soon, I'd made a stack, handed the nice lady $40, and walked back to my car in a daze.  Thankfully, I did not drool on the games. 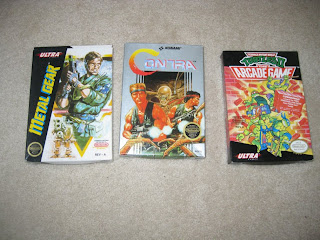 For the NES, I picked up Metal Gear

, and Turtles II The Arcade Game

.  Have I mentioned they're gorgeous? 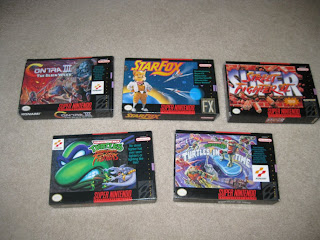 Did I mention I was a Ninja Turtles fan?

For the SNES, Contra III

, and Turtles in Time

.  Great games, great condition, except for Contra III which was a little bit smooshy.

I made it home at around the time the estate sale was set to close, and told my wife all about the wonder and glory that I'd just experienced.  She looked over the games, and said something I'll probably never hear again.

She told me to go back and buy more.

See, my wife is supportive of my collection.  She knows it's important to me, but she's also the smart one in this relationship.  I respect the budget, and she respects my need for shiny new cartridges.  It's compromise.

So, the following day, I woke up at the crack of dawn.  Not by choice, but because I was just so excited to get back there and pick through the games again.  Armed with $150 and a list of games I intended to pick up, I returned to rural Oregon for round two.

The people running the sale asked, "Back for more?" as soon as I walked up.  I smiled and agreed, going straight for the games.  The list of games I'd wanted to buy dissolved in my mind as I again reverted to a 10 year-old kid who'd just mowed 15 lawns on a Mountain Dew high.  The money was all mine, and I could have anything I wanted.  I would be the coolest kid on the block.  I would be the god of this sale.

The resulting pickup is one for the history books. 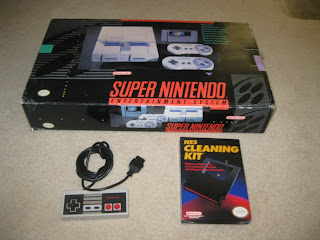 A thing of beauty, that.

I picked up the boxed SNES

, sold with "the cleaning kit

and an extra controller", which were both for the NES.  The Super Nintendo is complete, down to the inserts - even the original twist ties are still in the box!  It's yellowed, but we can reverse that. 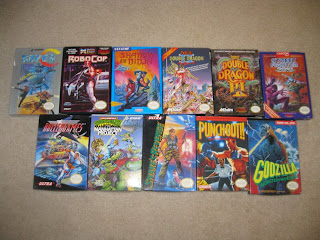 My brain shuts down just looking at the picture.

For the NES, Super C

, Shadow of the Ninja 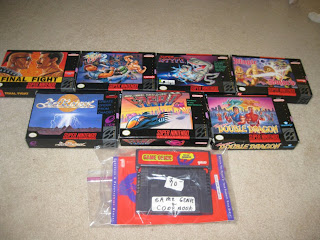 For the SNES: Final Fight

and a Game Genie

So, I said goodbye to the alpacas, said "HAY" to Timothy and returned home triumphant.  These games are just beautiful, I can't say it enough.  Amazing condition and almost all are complete, down to the inserts.

Today, it's a day later and I'm still reeling.  What an amazing find.
Posted by Jerry at 9:28 AM