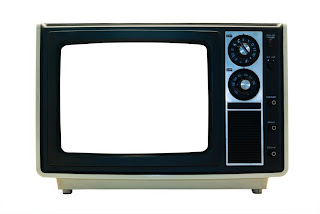 Ah, the days of RF switches and rabbit-ears with aluminum foil on the end.
As a site that's focused not on gaming in general, but on retro or classic gaming, the question is often posed - how do you define a classic?  Where's the cutoff point?

Is Nintendo's NES a classic?  Unquestionably.  How about the Sega CD?  Without a doubt.  Atari 2600?  Did you hit your head?  Of course it is.

What about Sony's PlayStation?  Here, the line begins to blur.  Many claim that the 32-bit CD era is too modern to be considered retro.  On the other hand, there are those that think that the Xbox is an old classic.  It's purely subjective, and I don't think anyone's really wrong.

I define a classic or retro console as any system that is two generations removed from the current generation.

When Nintendo's NES took America by storm, people would refer to the Atari 2600 and other systems of the day as the classics, as these were the earliest consoles accepted by the masses.  There wasn't really any farther back to go.

As the Genesis and SNES began to ramp up, no one considered the NES or Sega's Master System to be retro consoles - they were just too fresh in everyone's minds.  Most gamers still owned and played one of them.  What was classic?  The Atari 2600/Intellivision/etc.

As the Playstation 2, Xbox and Gamecube made their appearance, the SNES became retro.

The children of that era have grown up and become nostalgic for the things they had when they were young.

This, I think, drives what's considered to be a classic - the 20-year gap started the ball rolling, and 2 generations became the norm - this is the basis for what appears on this site.  After all, I play and collect modern games as well, but there are plenty of blogs that are more than happy to tell you all about those.

"But Jerry, but Jerry," I hear you say.  "You talk about the Dreamcast, and that's technically only one generation removed!"

The Dreamcast had a hard life, okay?  Let it die with honor and accept it as a classic.


Feel free to comment with your interpretation - I'd love to hear dissenting opinions!
Posted by Jerry at 9:10 AM