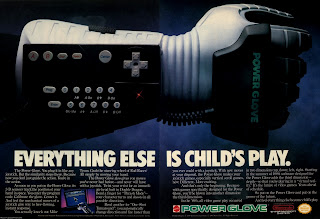 The Power Glove. Everything else is child's play.

Mattel's NES accessory, the Power Glove, probably needs no introduction, but I'm going to give you one, anyway.

The Power Glove, originally released in 1989, was the first attempt at motion control available to the average consumer.  Sporting bands of plastic with carbon ink in each finger, The Power Glove would track finger movements by measuring the amount of resistance in each band.  In addition, two small speakers in the front would send ultrasonic pulses, and the receivers, positioned around the television, would determine the glove's position based on these sounds.

In theory, it was a great idea. In practice, well... the Power Glove is nearly universally panned for having imprecise and confusing control.

But, that's enough history, let's get down to it. This Power Glove was purchased from someone on Craigslist. He said that the glove was registering random button presses, and I bought it for $30. 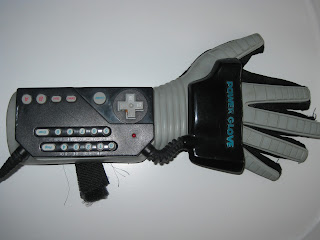 This Power Glove is in awful shape. First, the fabric is frayed almost everywhere. 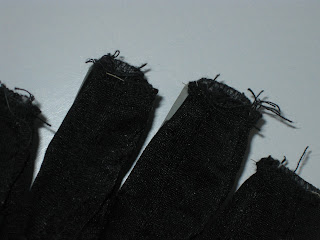 Second, some of the finger sensors are disconnected from both the fabric and plastic top portion of the glove. 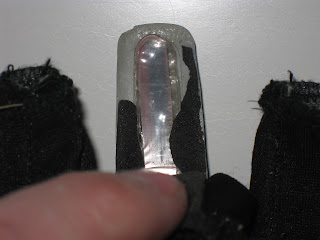 That shouldn't be visible.

So, of course, when you make a fist, the top part of the glove stays put, and the finger sensors flap about, explaining the odd button presses. I'm not flipping you the bird, I swear. It's just stuck that way.

So, immediate course of action? Fix those finger sensors.

To do this, I straightened out the sensors and made sure they were seated correctly, then applied super glue around the edge of the plastic piece. I aligned the cloth portion - a faux leather bit - with the plastic top and held it together until it bonded.

Next, using a pair of scissors, I trimmed as much of the frayed cloth as I was comfortable doing, in order to make it look less like I stole it from a homeless man. 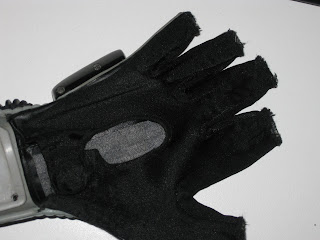 And with that, I went to test it. Now, the finger triggers work exactly as they should. Great! But what about the motion tracking?

Well, not so much. Control drifts off to the right and rarely recognizes any moves to the left. But, the pulses can be heard coming from both of the speakers, so it isn't the glove. 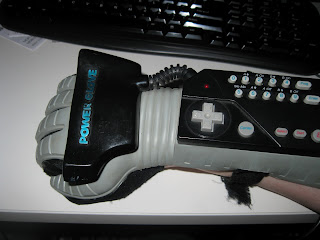 I guess next time, we'll tear into the receivers!
Posted by Jerry at 8:54 PM