How To Repair A Nintendo NES, or "Don't Buy A 72-Pin Connector!" 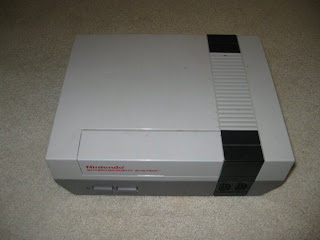 You know it, you love it, your parents help you hook it up.
As a child, the Nintendo Entertainment System was a magical box of joy.  We could never take a screwdriver to this sacred temple, for fear that the magic would leak out and we'd never see our friends Mario and Link again.

Problem was, over time the magic simply stopped coming.  We'd see the famous grey screen flashes or bizarre corrupted sprites.  Well before any of us even knew the definition of the word 'meme', the idea took hold that somehow blowing into the cartridge would make it work.  As if the magic inside were powered by human breath and saliva particles, sometimes it even worked!

Everyone had their own trick, from putting the cartridge on the edge and shotgun slamming it down (like I did, ugh) to putting another cartridge on top before hitting the power button.

Well, we're no longer children, and as such, we now understand two things - one, that there is no magic hidden inside, and two, that blowing on your cartridges does nothing but potentially shorten the life of your console if you accidentally get spit in there.

Many cartridge-based consoles have problems similar to these, but on the NES it's likely exaggerated due to the loading mechanism.

A simple search will not only tell you that the connector is the problem, but in most cases they'll tell you "You need to buy a new 72-Pin connector right now!"  No, you really don't.  Take note, anyone who tells you that you need a new connector is trying to sell you a new connector.  I'll repeat that, since many of us, myself included, have been told for years that this is the only way.  You don't need a new 72-pin connector.  Don't buy one, and certainly don't throw yours away.

Why?  Generally speaking, these cheap knockoff connectors coming out of China are of lower quality than an original, and will fail much, much faster.  In addition, in some cases the stock connector fails when using the official Nintendo Service Center test cartridges, meaning some pins are defective.

Not all are cheap, though - some connectors are manufactured with higher-quality gold pins which are said to make better contact.  I have no personal experience with these, but if you can get the thing working without spending a dime, why bother?

With that said, let's get to the repair.

The Nintendo pictured was purchased just yesterday at a yard sale.  When I got it, it would not load a single game I stuck in it, even with multiple attempts, making it a fine example. 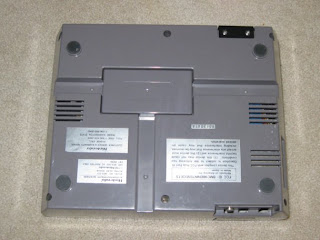 Six screws here, none hidden.
Turn the system over and remove the case screws.  They're easy to find, and none are hidden - one in each corner, one at the top, and one at the bottom. 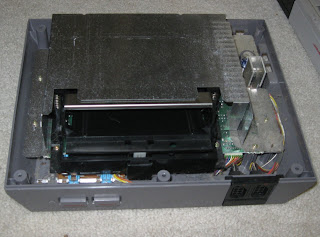 Ick.
Now you're likely to find out how well it's been cared for.  This particular system has piles of dust that would probably carbon date back to 1986.  Grab a can of compressed air and blast the crap out of them. 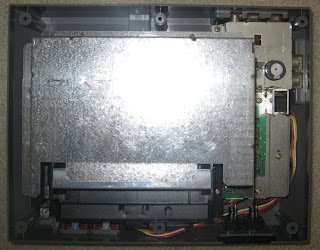 Remove the shielding.
Next, we remove the RF shielding.  There are seven screws in all - three on the right, two on the left and top. Once the screws are out, pull it up to slide it off. 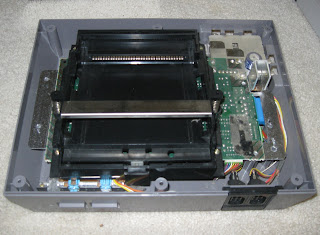 Dear Nintendo, why oh why didn't you keep the top-loading design?
Now, our cartridge assembly is exposed.  This is where the cartridge slides into the connector and is pushed down to align with the pins.  There are six screws - two of which are slightly gold-toned and just a bit longer than the others.  Pay attention to where these came from - they'll need to go back there.  There's one of the regular-sized screws in each corner, and the slightly longer screws go a bit down from the top corners, going through the motherboard to attach all three pieces together.  Pull up and forward to remove the assembly from the connector. 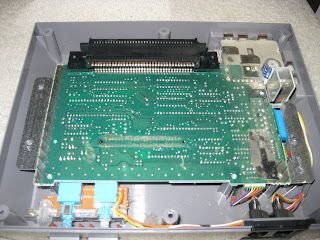 There you are.
Now our culprit is exposed.  Just pull up and slide the connector back to remove it. 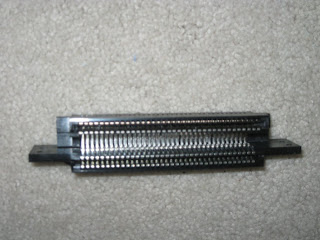 You've been a very naughty connector.
All right, we've got the problematic connector out, so let's get to fixing it.  If you have a dental pick, this will go much more smoothly.  With a dental pick, wrap the pick around the pin and simply pull it forward so the pin comes straight up.

I don't have a pick on hand, so I've used a tiny screwdriver.  A flat head 1.4, if you have it available.  Using the screwdriver, push the pin to the side so you can get under it, and gently pull the pin up.  Do this slowly and very carefully.  If any pin gets broken, you will need a new connector.  Keep in mind, also, that these pins should not be bent outside of their grooves, they should be pulled straight up.  If they bend to the side, simply stick the screwdriver in the other side and gently pry in the other direction until it's centered again.

Once you've completed the dental surgery, it's time for the dental cleaning.  An old toothbrush is actually the quickest and easiest way to clean these connectors, but if you don't have one on hand, a scrub brush for dishes works just as well.

Contact cleaner spray is the best option for cleaning contacts, but if you don't have any on hand, use rubbing alcohol.  Dip your brush in the alcohol and scrub away.  Don't skimp on the scrubbing, the accumulated nastiness will keep your cartridges from making contact.  Allow the connector to dry - if you used alcohol, and it still smells like alcohol, it isn't dry yet.  While it's drying, go ahead and clean up your games with a cotton swab and either contact cleaner or rubbing alcohol.  Dirty games most likely won't work, and will probably add their own grime to the cart connector, meaning you might have to clean the thing up again next week.  If you'd like, invest in an NES cleaning kit

Now that it's all cleaned up, we can follow the instructions in reverse to put it back together.  Pull up on the motherboard and slide the connector back into place.  Don't be afraid when pushing it back on, these things are built like a tank.

Slide the cartridge assembly back in place and screw it down - remember, the long gold screws go in the middle. 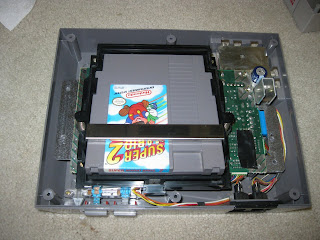 Push in a game to alleviate the death grip.
Now that the connector and assembly are back in place, slide in a game cartridge (pre-cleaned, please).  Push the cartridge back until the connector slides inside.  It'll be hard, especially the first time, which is why I recommend doing it before assembly.  The death grip is perfectly normal - it'll take a few uses before it loosens up.  Use a third party cartridge, especially Tengen, if you have one, as the boards tend to be a bit thicker.  I don't have any on hand, so you get Super Mario Bros. 2.

Put the shielding and case back on, and you're done!

I'll tell you again, because I cannot stress this enough - make sure your cartridges are clean before inserting them into your NES.  Clean them regularly and your games will start up the first time, every time - well, until the connector becomes worn again.  In that case, I'll see you again in 10-20 years.